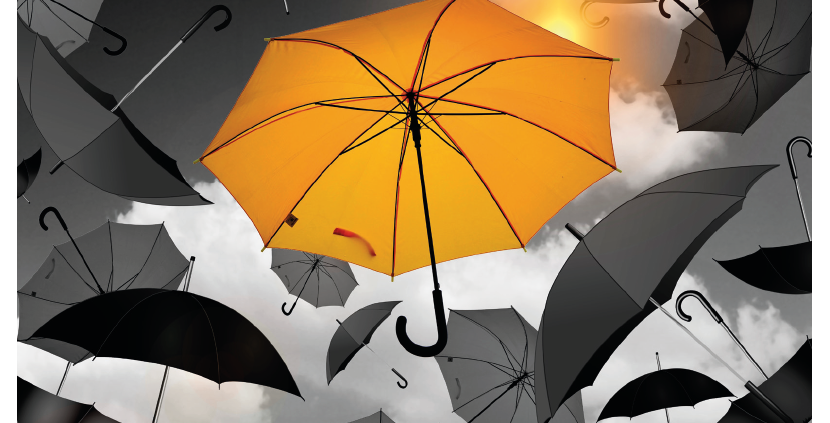 More so than ever in this world of powerful rhetoric and mis-guided votes for confusing leadership choices, it is worth addressing what, in the coaching and mentoring world, it is to be powerful.  Plus I had been asked by my students to write my story on why I created PASSION and where the P for power really comes from.

PASSION is an acronym which I wrote over three years ago. Each letter stands for something, and those seven concepts for me represent everything in the world of performance, coaching and fulfilment. It’s about what stops us, what has us be successful, what has us be happy; this is what I’ve been taught, and what I’ve read over the past seven years, is it’s like the ontological rules of being (how we are “being” in any given situation). We understand the laws of gravity, and they’re indisputable. They just exist, yet you can’t see gravity when you look out.

Like an alien that lands on Earth, none of these “rules” would be obvious to them, they don’t know until they’re standing by a window, and throw an apple, it then falls down to the ground, and that’s gravity. It’s not apparent to the human or alien eye, yet we all know that rule exists, and we all know if we try to go against it, it would be like jumping out of a building, we know how badly that would end, yet we still do a lot of this in our daily lives. These laws, “the seven rules” that I’ve come up with, are the PASSION Toolset.

So I’m going to start with P for Power. Power for me was beginning to understand where you’re giving and taking energy to and from a situation. A master gives of themselves. They don’t take energy from a situation. They look always to see where they can give and where they can listen, be quiet first and listen to the room, and they are always humble. Masters focus on remaining untriggered by situations, remembering to find out why people are reacting the way they are, not reacting to people. They understand they ARE the environment, they CREATE the environment, they MASTER the environment.

They are a role model, and they seek to positively impact everyone and everything. For me, it’s really key that we get this idea of the self-generating battery, because we are responsible for generating our power source. For a lot of us, sometimes we’ll say things like, “I’m tired, I’m stressed, I need an energy drink, I need to have a boyfriend, I need to have that car, I need to have that holiday.” All of this is seeking to get that power surge from our environment, you know like, “I REALLY need that coffee!” and believe me it feels like that a lot of the time. So Power for me is becoming the source of where good, stable energy comes from.

Things like taking time, five, ten minutes in the day just to go and walk, quiet time, away from your work, away from people, away from distractions, somewhere that fills you up. For me it’s just to go early in the morning to take some exercise, to maybe walk your dog, to go for a run by yourself, maybe run with people who can motivate you, that fills you up. Because although hard to do, to get out of bed, and this is the case for a lot of people, Mel Robbins talks about the 5 Second Rule “five, four, three, two, one, and jump”, and get yourself out of bed. It’s that initial stepping into the uncomfortable, but you feel so much better afterwards.

That’s that self generating battery of seeing where your energy can be created but also where it is disappearing to, because you’re listening to gossiping people, people being nasty about other people, you’re in an environment where people are shouting or arguing. You’re in an environment where people are getting behind on projects, and they’re not delivering on what they’re saying they’re going to do, and you’re not holding them to account on their word. So you’re feeling this fuzziness in your head of, “Why are things not going well?”, as opposed to how could I be more powerful in this situation. This could mean going to that person and saying, “Hey, you know, you promised me this at this time,” that’s being powerful.

We all want to look good and be nice people, but we also all have got this fuzziness in our heads day to day of, “Why do I not feel powerful?” It’s confronting those things, it’s seeing in the environment where we are putting ourself in front of too much noise, too much conflict, too much gossiping. Take yourself out of the situation, or deal with it and address those people that are draining your power. That, for me, is the power tool.

To tell you a story on the power tool, very much for me when I looked at where my power has drained over the years and I’ve not felt in control or self-empowered, is I grew up with a certain version of success, and for me, success is related to my power. If I’m successful, I feel powerful. For example, I’m coaching and working with Tony Robbins and Dean Graziosi at the moment, and Dean Graziosi, he talks about a story of power and success where he saw his parents working their butts off. Hard work for them was the pinnacle, you have to just work hard. That’s the rules. That’s the gravity.

Hard work for them didn’t actually amount to much because they were still struggling, they were pulling together loads of jobs, they were never there, there were many arguments. I think Dean also said he had so many different parents, and he moved lots. Dean wanted success. And although his parents said hard work equals success, he didn’t see the results with them. They were unhappy, they were working all the time, and they weren’t earning as much money. Now, when he looked at other people in his local town, he saw a different version of success where these people were working smart. They weren’t necessarily working seven o’clock in the morning till 12 o’clock at night, and getting no sleep, they weren’t necessarily tired or even stressed.

He saw people who worked smart, worked less time, and earned lots of money, so he knew that hard work doesn’t necessarily equal success, so he knew he could break through that and find his own version. What I had growing up was a version of success from my dad which looked like extreme amounts of hard, hard work and in this situation it did equal success. He was gone for many weeks. There would be months sometimes where I wouldn’t see him much because he would be running conferences, he would be away launching cars, and he would say he was working so tirelessly for our family, and I was so in awe of his commitment. He’s worked all his life and now has become financially very wealthy, very stable, hugely financially successful compared to many people’s levels of wealth.

In the height of his career, he became a CEO of a multi-billion dollar organisation in the car industry. An internationally-known car industry CEO, expert, mogul, you know… giant. He’s well respected by lots of people I know and still talk to. You see I grew up answering the phone to CEOs, bosses of industries, Princes, and Sheiks from the Middle East. I grew up speaking to these types of people and then meeting them at glitzy events, so for me, very much, hard work did equal success. But also not only that, it was very much about sticking to the rules, my dad was an advocate of you start at the bottom and you work your way up in an industry, and then you’ll get the benefits of it.

The problem that I had is, I went into a corporate job and I didn’t feel fulfilled by it. I changed job, and I changed job, and I changed job. For me, it was very disempowering, my power source was not working. As far as I was concerned, the way to generate my battery and to produce power was to do hard work, stick to the rules, go into corporate, and that equals success, but it just didn’t work that way. I didn’t feel the happiness, and I kept leaving jobs and thinking, “The problem is me. The problem is me.”

Then I had children, and later went back to work and did some smaller business jobs, so I wasn’t so much in corporate, but still feeling not the success I had envisioned, still a failure. By bumping into coaching around this time I was able to start coaching myself on success, on my own parenting, on career paths, and what is my version of success. Slowly, over seven years, I’ve been able to see different versions of success like the ones of Dean Graziosi and Tony Robbins who are self-made people. It’s very apparent that you don’t have to do the corporate ladder, and that actually, hard work and almost killing yourself doesn’t equal success, necessarily. It doesn’t mean to say that I don’t respect my dad for what he did, but that worked for him.

So, that’s my power story. It’s so important that people find their own versions of what is power to them, where do they source their power from, where do they source their versions of success, whatever that looks like for you. You have to know where you’ll be generating yourself and being nurturing, listening to yourself, listening to your gut, putting in the actions and putting in the time, which I’ve definitely done over the last seven years. The hard work in my coaching business to understand myself, what works for me, what works for other people, how to be the best coach, and ultimately, how to take care of myself and my family… and yes, just learning, because my father had very strong views about the way of doing things, so I had to learn to draw my own line and know, well, this is what works for me, and I’ve had to learn to trust myself, because back then I just didn’t credit me, my father was right he had proven the formula.

At times, going against his word was like going against the formula for a successful life and going against gravity itself. I was able to see that actually, yes, he might have been extremely effective in business but that doesn’t equate to his viewpoint being correct for all areas of life and for everyone else. This allowed me to separate these two areas and start listening to my own voice again, having that power of listening to my inner voice. I ask you to now go about looking at your power and where you get your source of power, and what & whom you’re listening to. Just check in with yourself every half an hour, every hour, of, “What task am I doing, how is this serving my day, how is this serving what I set myself to achieve today, and is it serving taking care of myself?” Because ultimately, you take care of yourself first, and then you can take care of others around you. So, that is the power component. I hope you enjoyed.