This quote is courtesy of Nick Hanauer a venture capitalist and who was recently the focus of an article from Tim O’Reilly a Linkedin blogger.  This area fascinates me as a sole trader working for myself, because no longer are we limited to “a job for life” with one desk in a large faceless corporation.  The world of work has been changing over the last ten years, and is not only changing the way we work and live, but “jobs” are becoming a past memory of an industrial era that needed human beings to do tasks now done by computers.  “Value” will now become the currency and this will be bartered over many platforms with numerous value receivers. 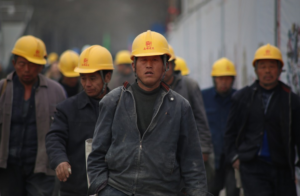 I’m sure like me you have seen many articles on how we are transitioning from a post-industrial age into a “worker age”.  We have pretty much replaced the need for most traditional jobs, and because of the flexibility of the internet and technology such as webinars, conferencing and job sharing the limitations that were once a job for life are no longer there. At first glance this may be a scary concept to many people who have always had the security of a job and a desk for life, and still seemingly many who expect that to stay the same.  This will be impossible to maintain with an increasing need to take care of our environment, find alternative fuel sources, and new ways to support a top heavy older generation with a smaller younger generation.  You also just have to look at the increasing requirement for companies to be a lean financial machine and extremely adaptive in the way they function, because the reality is a volatile world where markets can change over night.

So what does this mean… Well as Tim O’Reilly posts out it will be about fine tuning the mechanisms that connect the people and organisations to the work that really needs doing, and we can already see this with the on-demand revolution with the likes of Uber, Task rabbit and the many crowd sourcing sites that are springing up seemingly overnight.  I believe at the moment we have only touched the surface of what this era of technology and demand actually means to us as a culture and in the way we live.  I can foresee companies not only lift sharing and people sharing, but also building and infrastructure sharing.  You may have to change weekly where you sit and indeed work, but as the mechanisms catch up and increasingly companies need to justify each action, it will be more critical than ever that we as people understand what “unique” value we bring to an increasingly open source market, and be prepared to be savvy in representing ourselves to a multitude of bosses who will be our salary payers.

In fact, you could say the market itself will be paying us based on the real instant value we can bring, and for those of us adept in these skills already, they are well placed to leverage from this new emerging marketplace.